By alexAugust 31, 2021Heat not burn news
No Comments

Many models and special heatsticks have appeared in the heated tobacco market, and it has become difficult to try all of them. Therefore, here, the author of the heavy smoker who has tried all models and all sticks, focused on “sucking response and satisfaction”, and arbitrarily selected 5 combinations of the best and ranked them. Of course, tobacco itself is a luxury item, so please forgive me for making my own judgment. 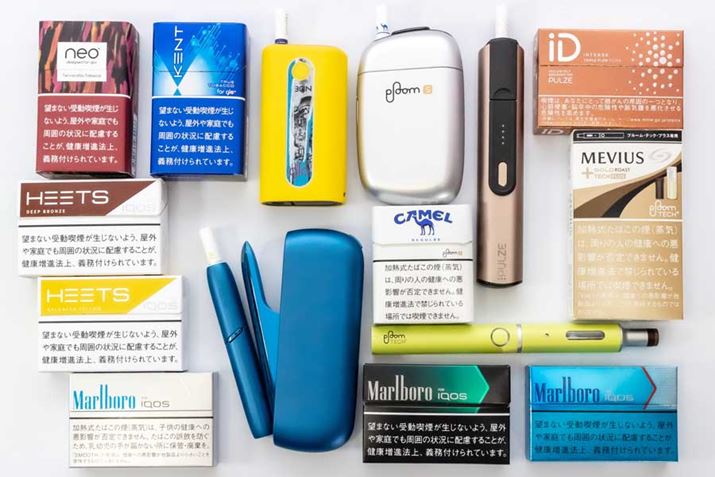 The “center heating type” is the strongest device structure that determines the strength of the suction response.

In this ranking, “sucking response” is a mixture of a kick feeling to the throat and the taste of tobacco leaves. And “satisfaction” is how much you can feel as a tobacco product represented by cigarettes.

Factors that determine the absorption response in terms of hardware are roughly determined by the high heating temperature and whether or not the tobacco leaves can be heated directly from the inside with a blade or heating core. As of September 2020,  iqos (about 300 to 350 ° C) boasts the highest heating temperature, and it also adopts a central heating type that can directly heat tobacco leaves by inserting a heating blade inside a dedicated stick. ing. That is why it can be said to be the absolute champion in terms of sucking.

“Pals” follows IQOS by only 5 ° C difference (about 345 ° C * in standard mode). It uses a central heating system that heats the tobacco leaves directly by inserting a stick-shaped stick with a high temperature and a sharp point. 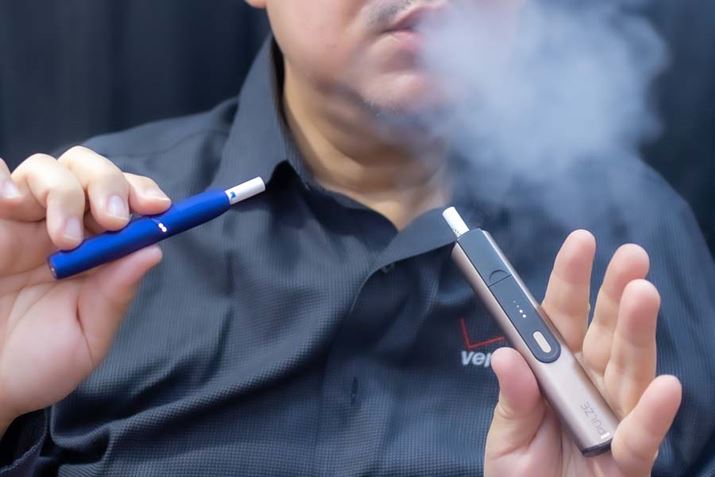 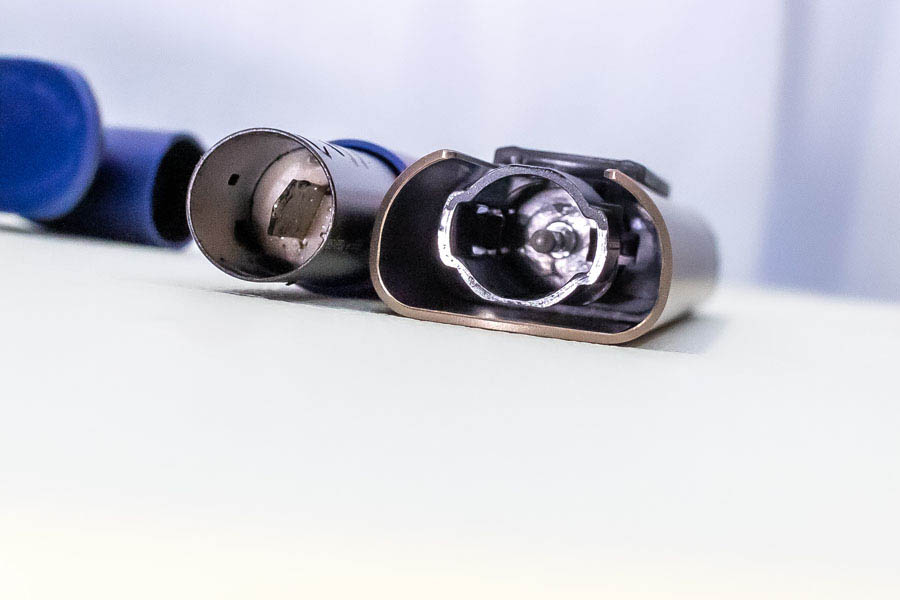 On the other hand, “Glow Hyper” (boost mode 260 ℃ / normal mode 250 ℃) and “Plume S 2.0” (about 200 ℃) are peripheral heating type that heats a stick with tobacco leaves wrapped in paper from the surroundings. The device is easy to care for, but the responsiveness tends to be weak. 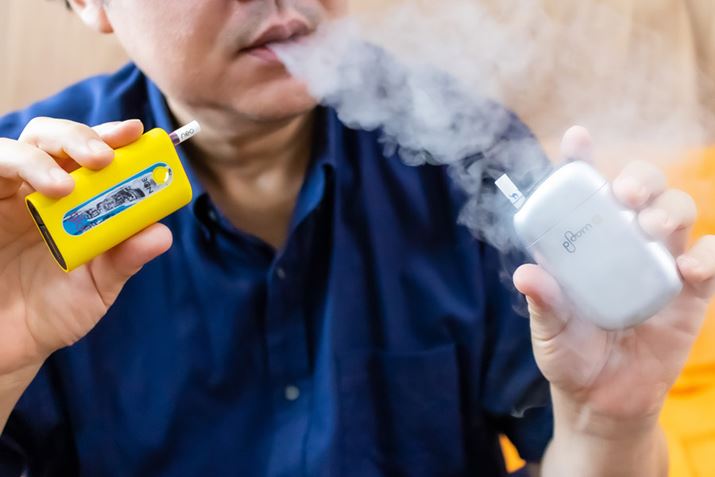 “Glow Hyper” on the left and “Plume S 2.0” on the right. Both are peripheral heating type

“Plume Tech Plus” (approx. 40 ° C), like “Plume Tech” (approx. 30 ° C) and “Glow Sense” (heating temperature not disclosed), is a low-temperature heating type and should be overwhelmingly less responsive. However, it is a special device that enhances the sucking response by increasing the amount of tobacco leaves in the liquid and tobacco capsules.

The thickness of the special stick also affects the ease with which steam is emitted, so it is an important point when considering the absorption response. The thicker ones are for iqos and Pals, and they are almost the same thickness, so the manufacturer wouldn’t recommend it, but they are compatible. The slightly thinner one is exclusively for “Plume S”. The exclusive use for “Glow Hyper” is also slightly thinner than the exclusive use for iqos, but the total length is long, so the amount of tobacco leaves is the largest (actual measurement value). The capsule type “Plume Tech Plus” has almost the same diameter, but the structure is different, so it is difficult to compare. 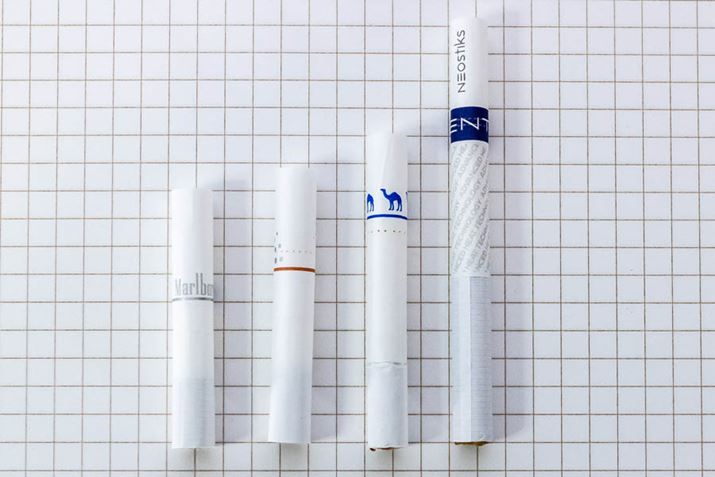 Comparison of dedicated sticks (refills) for high-temperature heating devices. From the left, “IQOS,” “Pals,” “Plume S,” and “Glow Hyper.” The four calibers are almost the same size, but the lengths are different, so only IQOS and Pals are compatible.

Of course, each company has made various efforts to improve the suction response, so the above points are just a guide. Let’s announce the ranking based on the author’s response and satisfaction from the 1st place! 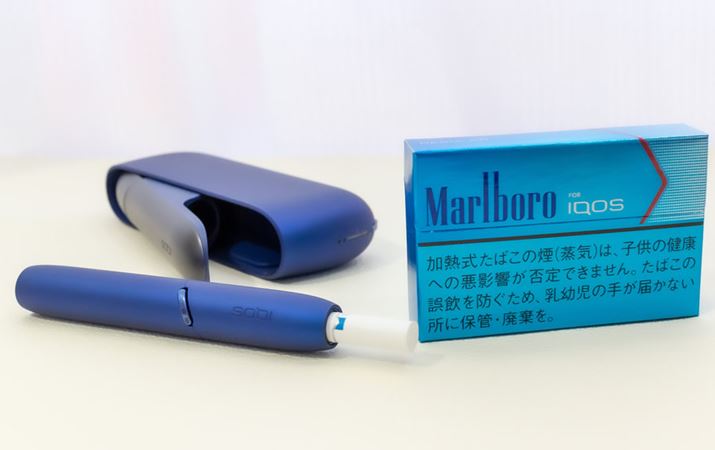 It’s been four years since the 2016 “IQOS Boom”. However, the current situation is that there is still nothing that can match the sucking response of the “Marlboro Heat Stick Regular” that first appeared. Cigarettes The nicotine sensation that makes you feel sick in your throat even if you smoke, and the taste of immorality that seems to be harmful to your body, which is derived from the ammonia sensation that plays a central role in the odor of cigarettes, are still the most suitable combination for the transition from cigarettes.

However, the sucking response is the strongest, but the odor is also the strongest. Even if you don’t open the box, the smell of IQOS already blows out. If you smoke it, you can compare it to popcorn or roasted sweet potatoes, and the so-called “IQOS odor” that leaves a sour taste is amazing. This odor is often felt even by the person who smokes it. However, it can be said that the real pleasure of tobacco is to spit out the sinful steam from the mouth while paying attention to the surroundings. Butts also smell.

Even so, the firm sucking response that can be felt even with a tar value of 10 mg or more for cigarettes seems to be the highest peak at present. If you take a break in an air-conditioned place such as a terrace seat without worrying about the surroundings, you will be able to get outstanding satisfaction. 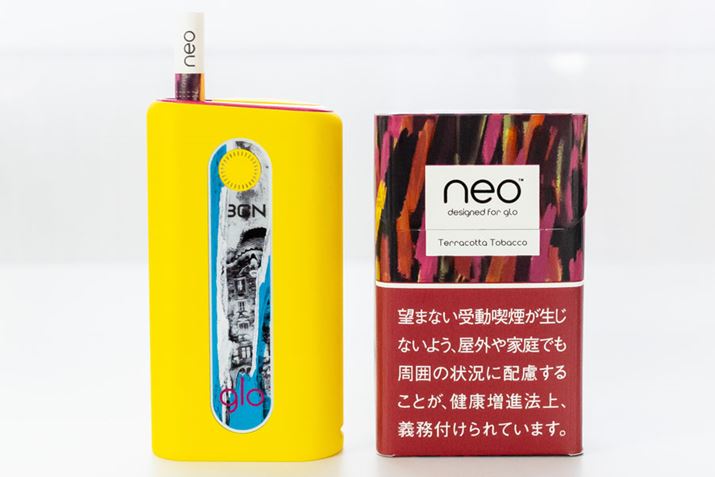 “Glow Hyper” is a device that was born exclusively for thick sticks, abandoning compatibility with thin sticks so far in order to enhance the taste. Although the total length of the stick is slightly shorter than that of the conventional “glow”, it is still the longest among the heated tobacco sticks, and it is characterized by the increase in the amount of tobacco leaves due to the thickening.

If you are looking for a stronger taste, you should definitely try the “Neo Terracotta Tobacco Stick”, which has a heavy roasted taste. The smoking time is as short as 3 minutes, but the taste in boost mode has a high impact that reproduces the irritability peculiar to cigarettes. The taste of cigarettes is reproduced in a different direction from the squishy feel of IQOS, and the satisfaction level is high. In terms of tar value, it is about 7 to 8 mg.

If you just want to enjoy the pure taste, the standard mode has a more sophisticated taste. 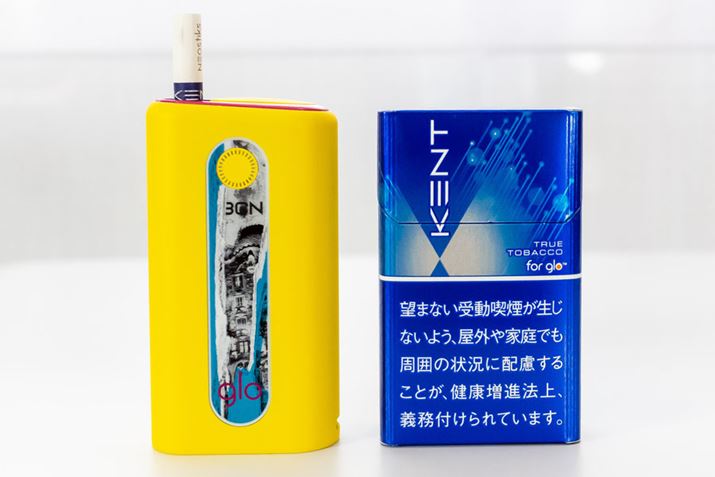 I think there are many people who say “Glow” because “Kent” can be sucked. If you want to reproduce the taste with unique refined sweetness and freshness most powerfully with heated tobacco, “Kent Neo Stick True”・ It is decided to “tobacco”. Since the “Glow Hyper” stick is thicker than the “Glow”, the amount of steam has increased and you can feel the taste of “Kent” more deeply.

The standard mode is recommended for the taste. By waiting for 10 seconds after feeling the vibration of the end of heating, you can get a firm sucking response from the beginning. However, the butts are a little odorous. 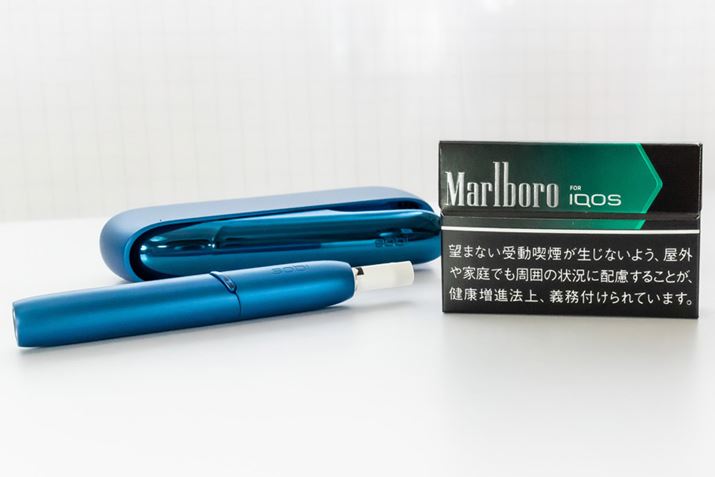 Speaking of Marlboro’s Black Menthol, it is also a very popular product for cigarettes. It came to be tasted with heated tobacco.

The stoic menthol tailoring with less sweetness is the same as that of cigarettes. The spicy taste derived from peppermint is tingling in the back of the throat, and the light bitterness is a cool sucking response that produces a sharp richness.

The feeling of tobacco is also strong, so of course the satisfaction is high. The tar value is a strong menthol. 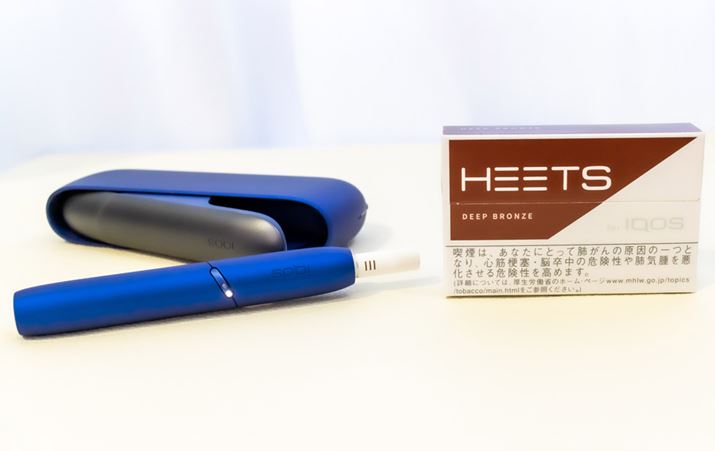 Among them, “HEETS Deep Bronze” is a good product with a dry taste peculiar to plain and high-quality American tobacco. A roasted feel is added, which adds just the right amount of weight.

Some people may find the lack of miscellaneous taste to be unsatisfactory, but it is good to understand the mellow taste of the original tobacco leaves. The sucking response is a little lower than “Marlboro”, but the sharp and edgy taste that is more than compensated for it is good. The odor has also been greatly reduced, and it is a highly satisfying combination including handling. 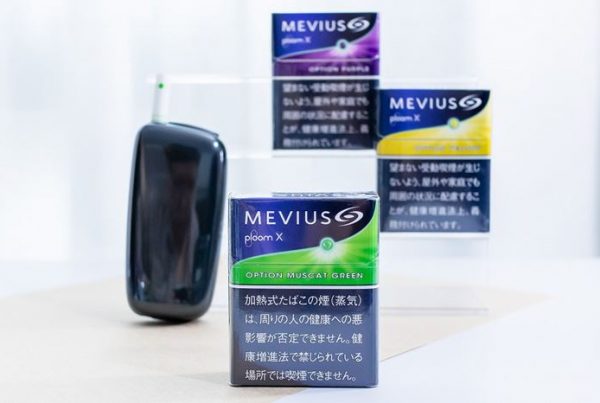 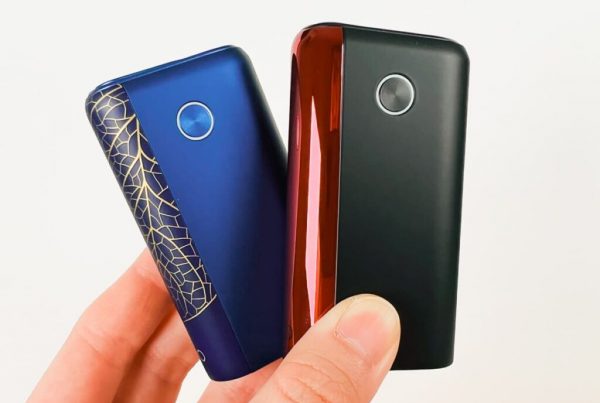 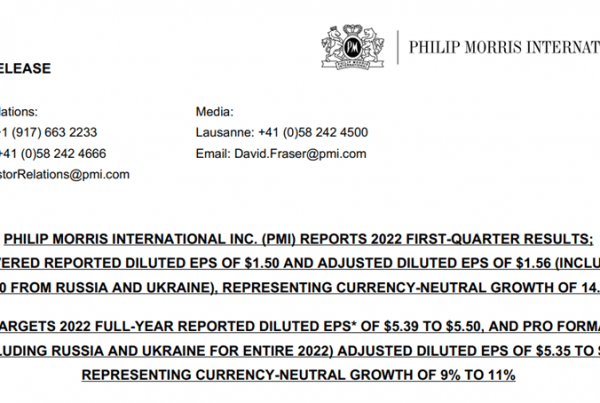